Some of you might have heard, a twenty year old game is getting a sequel. But this article has me...not particularly excited.

This bit here basically has me going "Wait until it's like 5 bucks on Steam years from now...."

There are some things on the chopping block, however. It's an interpretation of D&D, specifically 5th Edition, because porting the core rules, which Larian tried to do, doesn't work. Or it works, Vincke clarifies, but it's no fun at all. One of the culprits is missing when you're trying to hit an enemy, and while the combat system has yet to be revealed, you can at least look forward to being able to smack people more consistently.

"You miss a lot in D&D—if the dice are bad, you miss," he says. "That doesn't work well in a videogame. If I do that, you're going to review it and say it's shit. Our approach has been implementing it as pure as we can, and then just seeing what works and what doesn't. Stuff that doesn't work, we start adapting until it does."

This interpretation should still be more true to the tabletop RPG than its predecessors, however, capturing the feel of D&D even if it's not borrowing every single system and rule. Some of this is because of a difference in technology. Black Isle faced a lot of limitations that Larian doesn't. The studio has invested heavily in this side of things, as well as in staff, who now number in the hundreds. Internally, 200 people are working on Baldur's Gate 3, while another hundred are working on it externally.

They're gonna make it so you don't miss? IN A D&D GAME? Mind you, 5E is damn near that point already....but that's another discussion. Why even push for the license if you're not going to use the damn ruleset? And why do these guys even care what reviewers think? It's well established that video game reviewers are pants on head retarded and can't even figure out jump dashing in a sidescroller....

Stuff like this is why I hardly bother to look at up and coming video games now. It's all garbage now.
The Kobold gonna kobold.
Top

Even the original Baldur's Gate games took rather large liberties with how the 2E rule system worked. It's not surprising at all that it's not a perfect replica of 5E to me in the least.

As for why they would bother to use the license otherwise? Well, it comes with a lot more than just the mechanics. There's also the setting, the lore, and certain creatures like mindflayers. Speaking of, here's the teaser trailer:

It kind of looks like an alien invasion, which seems pretty awesome to me!

As for why they would be concerned with reviews? It's not without precedent for publishers to base bonuses on a game's metacritic score. There was that big controversy a few years back, when Fallout New Vegas got an 84, and it needed an 85 for the developers to get a bonus.
Top

As for why they would be concerned with reviews? It's not without precedent for publishers to base bonuses on a game's metacritic score. There was that big controversy a few years back, when Fallout New Vegas got an 84, and it needed an 85 for the developers to get a bonus.

Feh. I know. It's a stupid precedent. I hate it so much, and I wish a pox on the fool who introduced it. Because there are a lot of moronic reviewers out there who have no business reviewing this sort of content. They're concerned about players missing. In a Dungeons and Dragons game, because reviewers might think it's bad?

I hate this era of videogames so much.

Even the original Baldur's Gate games took rather large liberties with how the 2E rule system worked. It's not surprising at all that it's not a perfect replica of 5E to me in the least.

It still followed enough to be recognizable. The language being used here is making me concerned. It's a blasted tradition for D&D video games to not attempt to adapt the rules, and we have a developer here who is saying "missing isn't fun, so we're looking at how we can change that".

Although WotC also share similar thoughts, now that I think about it, given the philosophy behind bounded accuracy...

Guess all I'm saying is...I'm wary of this game. I think we're gonna get yet another game that bastardizes the rules for the nth time, and the target audience is likely not including me. (But I get that feeling for the majority of modern video games, so...yeah...)
The Kobold gonna kobold.
Top

Oh, I agree. The entire gaming industry is a mess. There are so many stories coming out recently about the horrible work conditions throughout. So I get why they would be wary about getting bad reviews. Especially for this game, of all games. It's going to have to somehow miraculously be perfect or they're going to get reamed by angry fanboys. In another forum I follow, people have already started drawing battle lines. One group demands this game be about the Bhaalspawn or else. Another group demands this game be written with the original 2E rules, like the first two games, or else. As much as I love BG, I know I would not want to be on this dev team. I already feel bad for their community managers, who are probably getting death threats on Twitter as we speak.

Crimson-Kobold wrote:The language being used here is making me concerned.

Well, it's still pretty early. We don't even have a release date yet. Things might change in development.

Crimson-Kobold wrote:It's a blasted tradition for D&D video games to not attempt to adapt the rules, and we have a developer here who is saying "missing isn't fun, so we're looking at how we can change that".

To be fair, missing is not fun.

But anyway, there's a reason for that tradition, though. Tabletop mechanics generally do not translate well over to videogames, and vice versa.

Crimson-Kobold wrote:...and the target audience is likely not including me.

Keep in mind, most of the target audience was not yet born when the first game came out twenty years ago. Damn, I made myself feel old again. 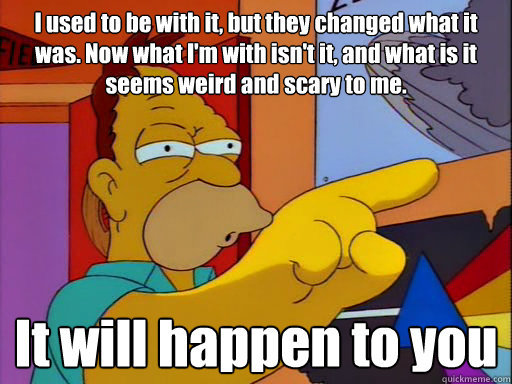 I mean...I guess that sums me up in regards to this.
The Kobold gonna kobold.
Top 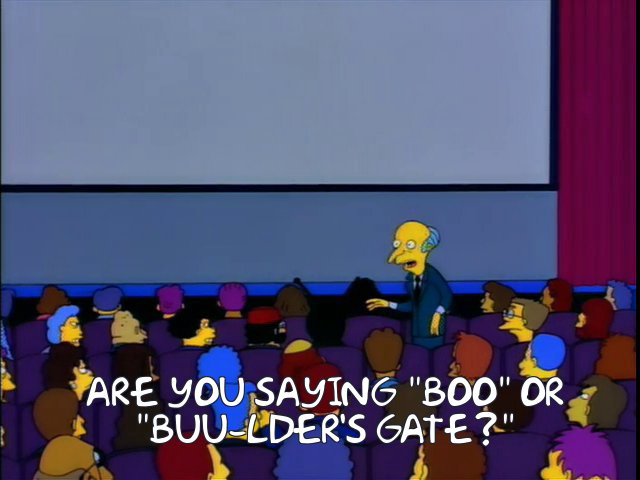 youtu.be/LI4v6hC_rjM
A very silly video that tells the definitely true story of how a small Belgian studio got the license to make BG3.
Top

Apparently, they are considering doing some tweaking of the ranger class in BG3 (and possibly D&D in general). I think I remember Meph complaining about the ranger class being lackluster, so that might be good news if they are fixing it.
Top

5e has not treated the Ranger well. Even after a revision, it's still lackluster. But their travel abilities make them valuable, too valuable even, because if you do any overland travel, you want a Ranger to keep your party from getting lost.
The Kobold gonna kobold.
Top
Post Reply
9 posts • Page 1 of 1

Users browsing this forum: No registered users and 5 guests